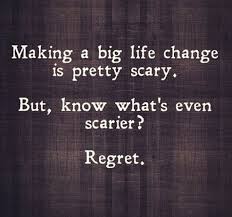 So let me talk about the hardest thing in all of this, my daughter. She was only three when I met my husband. I was married to her father for four years before I met my husband now. We were always so close. I always knew that the things she was witnessing were horrible but its like I was in denial or something. She obviously doesn’t know about any of the sexual abuse. She has witnessed some of the physical abuse over the years and a lot of the verbal abuse. It’s all been such a gradual thing that I guess its seemed normal…our normal. Gosh that sounds awful. I really can’t imagine what I have put her through basically her entire life and how this will effect her forever. I will probably never forgive myself. She is my world and I am her mother and it was my job to protect her. He never laid a hand on her but her growing up thinking that this was normal and this is what love is and this is how a woman is treated is just as bad. I feel like such a failure. I would take a lifetime of what he could dish out if I could take back what I exposed her to. Her being sixteen and never inviting friends over because she was too embarrassed. Her never going to friends houses because she always wanted to be with me. Her being sixteen and having no interest in dating or going to school dances.

The night I called her on the way to the emergency room, I can’t imagine what all she must have been thinking. When I actually called her a few hours later and told her that I was in the hospital, I tried to play it off. I told her I had had a gall bladder attack (I had been having gallbladder trouble). She knew. She didn’t know what happened but she knew he had done something, I could tell in her voice. I always hated lying to her even if I though I was protecting her. She called me the next day (I had been admitted) and told me that she had called her grandma to come and get her for a few days but that she wanted to go live with her dad. (18 hours away). My heart was broken but I told her no absolutely not. A little while later she came up to the hospital, her grandma had drove her but didn’t come up to the room. She told me again that she wanted to go live with her dad. She cried and told me that when I called her and told her I was in the hospital that she thought he had hurt me bad that time (which he had but she still doesn’t know what happened). She said that she loved me but that she had been unhappy for a long time. She told me that she couldn’t take it anymore. She hated all the fighting and how mean he was to me and his drinking and making us do without things we needed even though we had money. She was miserable. What do you say to that? I let her go and knew that was the best thing for her. She is safe. She doesn’t have to live like this anymore. I talk to her everyday on the phone and she is doing great. I haven’t seen her since then though, that was the weekend before school started in august. My heart breaks just thinking about it. But that is part of my plan, when I leave I will move far away from here and closer to her. This is her junior year of high school. I hate everything I am missing right now but she is safe and happy and that’s what’s most important. February can’t get here fast enough. I know I can’t take back what has already happened but I swear I will spend the rest of my life making it up to her. She is the most amazing person I have ever known, she is my heart and what keeps me going.

3 thoughts on “Will I ever be able to make it up to her?”

screaming from my deathbed

A journey through the heart of grief

My life. In and out of the dumpster

Silenced in real life. Free to scream with typed words.

Poetry from a heart on fire

The World of a British/American Kid

Daily Thoughts and Meditations as we journey together with our Lord.

My Imagination is the DEVIL on my shoulder

some things are awesome, some not so much.

The Undaunted Blue Madness Of My Life

daily ramblings of a bored girl with lots of thoughts

a day at a time

My Victory Over Domestic Violence
iamjustanordinarygirl

A Biography of A Nobody

Simple living one day at a time

Chris Martin Writes
darrenleewelsh
Im ashamed to die until i have won some victory for humanity.

Domenic Garisto / LIFE IS NOT A REHERSAL,SO LIVE IT..if you can't be the poet, be the poem..havau22.com

Don't ever change yourself to impress someone, cause they should be impressed that you don't change to please others -- When you are going through something hard and wonder where God is, always remember that the teacher is always quiet during a test --- Unknown

Blog of a Mad Black Woman

It was all fun and games, until the fisticuffs and shenanigans... -Deutschmarc

May I find peace in this uncertain world.

I am on a journey to creating a lasting relationship with God while finding a way to live a life of worth. I am learning, slowly. I am fighting for recovery from anorexia and bulimia. I'm in recovery from self-harming, alcoholism, and drug addiction. These things may be in my past but that is NOT me, anymore. This is learning about healing and forgiveness. This is my journey and struggle from the tight grips of a deadly eating disorder and addiction. These are my steps to full recovery, freedom and salvation. I'm trying to find my way by creating my own voice and walking with God.

Just a regular thirty-something-year-old trying to capture the essence of life in writing. Join me as I journey through the ups, the downs and the adventures in between.

Young & Twenty
Avalanche of the soul

My road - to find myself.

Where the gone things go

Living with PTSD and other assorted visitors

We have the right to remain silent. We just choose not to...

The Workbench of Faith

Some things you should know...

"Better to die on your feet than on your knees."

HAVEN Give Hope A Voice